What is most striking when one sees for the first time one of Nicko RUBINSTEIN’s works is its animalistic obsession. It is undoubtedly because this geologist become sculptor learned how to read on a basis of world history, of man and animal, that from now he will no longer separate them even in his dreams.
« One of the fundamental aspects of my work is the desire to reveal the hidden structure, the inner framework, the anatomy of beings and the world, with intuition, I would even say the conviction, that there is a hidden secret ... ». 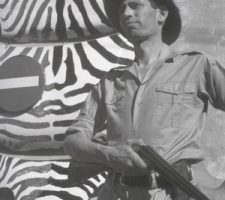 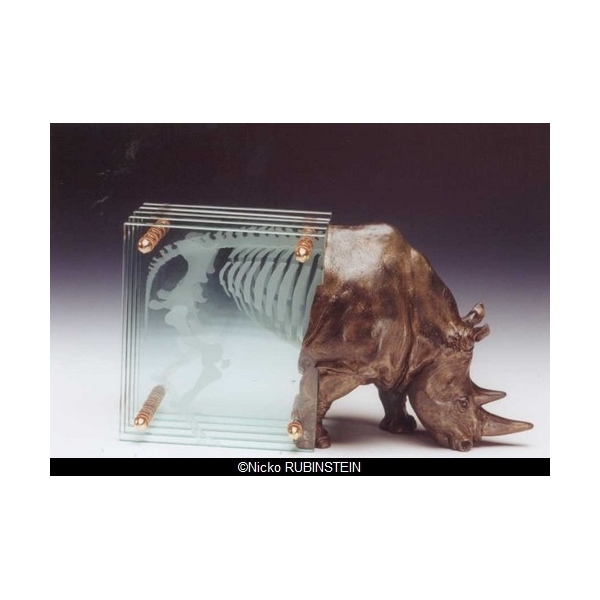 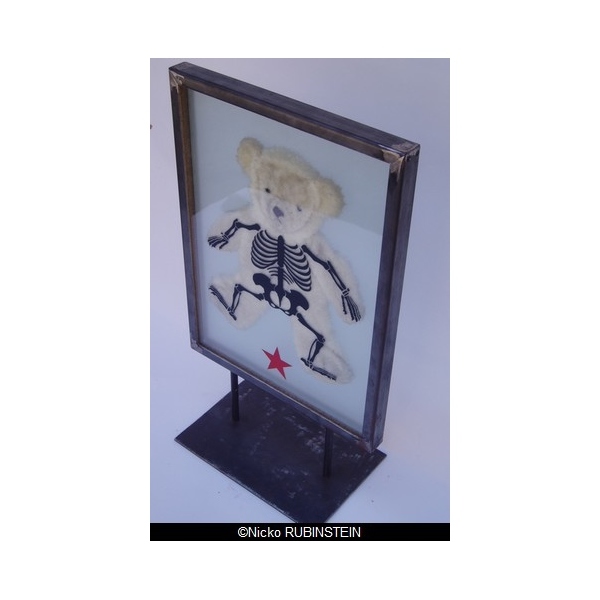 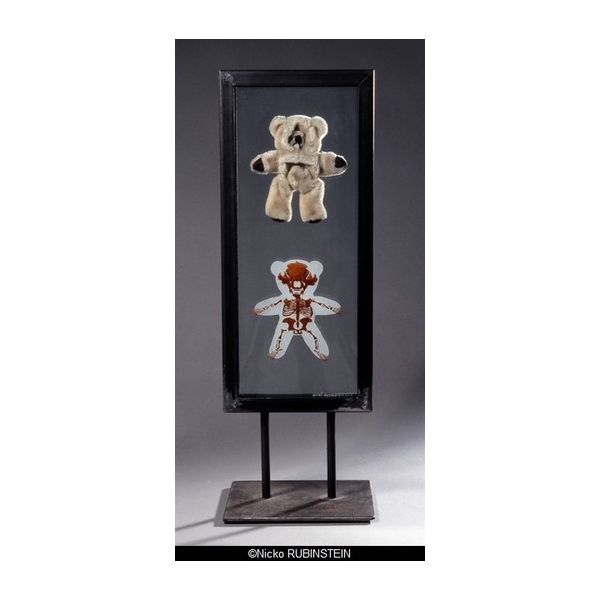 It is always moving to discover a new work.  What strikes one when seeing Nicko’s work for the first time is his obsession with animals.  It is without a doubt because this geologist turned sculptor learned to read in the grounds of world history, of man and animal, that from then on he no longer separated them even in his dreams.  As, for example, in this inextricable stack of books and fossilized rhinoceroses can be found a universal cultural pain.

If he has chosen sculpture rather than painting, it is, it seems, because he searches to created, between the work and the visitor, a physical relationship quasi animalistic that precedes emotion:  one approaches the object, takes it in, “senses” it, one can turn around it.  It is in this manner that the work is met.

Nicko’s Noah’s Ark holds various monsters, half machine and half animal, that make us cross over time and touch this otherness at close proximity.

Rhino-X; the rhinoceros emerging from glass is like a renaissance after an indeterminable hibernation.  The rigged kangaroo’s jump makes me think, through no will of my own, of the young Southern children made amputees by war and given prosthetics by Handicap International.  And the teeth in the road suggest the unknown limits of technological progress; there is nothing to stop us from imagining that a shark carries the car…

Nothing can be said in place of what Nicko desires to express, but for all that, each of his sculptures forces us to consider them as if they had emerged from our own lives.  They all seem to be a part of a real universe.  That of the artist.

The explored animal is a reflection of our passions, our moods, our anguish, our pain, and our joys.  An animal carries within himself the spiritual dimension of the universal, where he becomes completely indistinguishable from man.

It is for this reason that I give privilege to animal sculptures.

Every myth uses animals to talk about humanity.

The representation of the evangelists is a good example:

I want to create a fantastic bestiality where the transformed and rejected animals are the bearers of messages.  I wish to bring to the animal representations a new force which paradoxically gives humanity its dimension, and to produce works which are easily accessible, playful, but open to the imagination and to symbols.

My works are cut-outs, associations, outbursts, transformations, juxtapositions of representative styles, a use of diverse materials… I cut out that which is necessary; I associate the indivisible, to bring a dose of fantasy, of a realistic unreality.  A reflection on the complexity of nature and the relations that are fostered between us: an animal taken apart and then put together again haphazardly, but there is also structure, mechanics, movement, energy, and entropy.
My sculptures represent more than hybrid animals and reconstructions, they are stories open to the imagination.  The desire to give back meaning drives me to intimately link and support the animals in a place penetrated by information and symbols.

These “tampered” animals, transformed, half-real and half-imaginary, obeying scientific precision and realism; they are a mix of flesh, skeleton, and construction.  It’s a manner of displaying with a sense of humour the mysteries of life and death, and of exposing the existential duality that fascinates us.  It’s the will to give each person the desire to meditate upon the role and function of animals in our society:  animal-symbolism, animal-imagery…in short, animals.